Freedom From Wires Has No Boundaries! 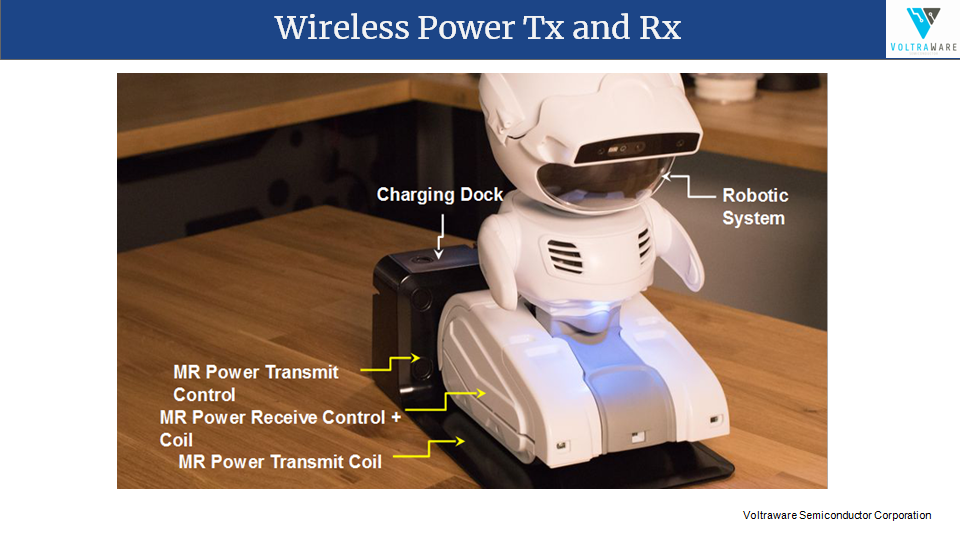 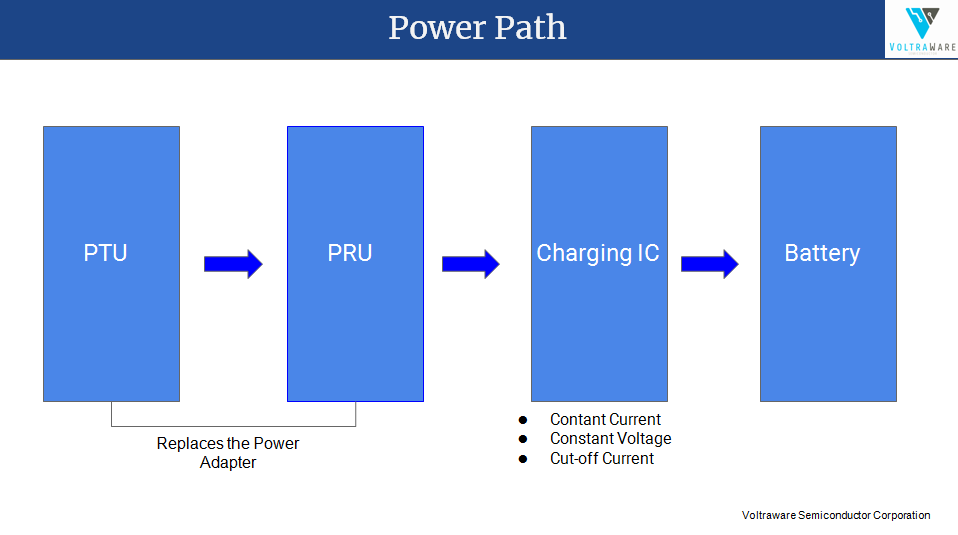 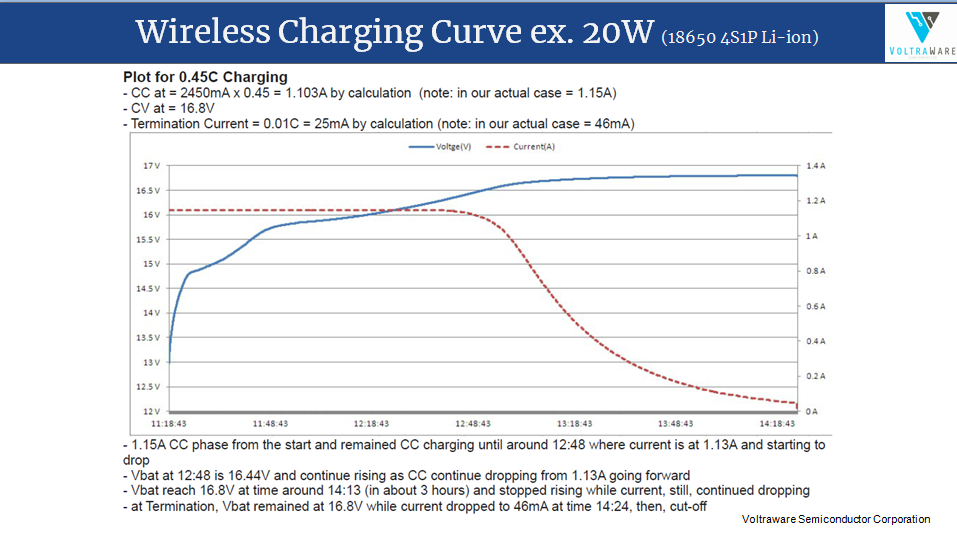 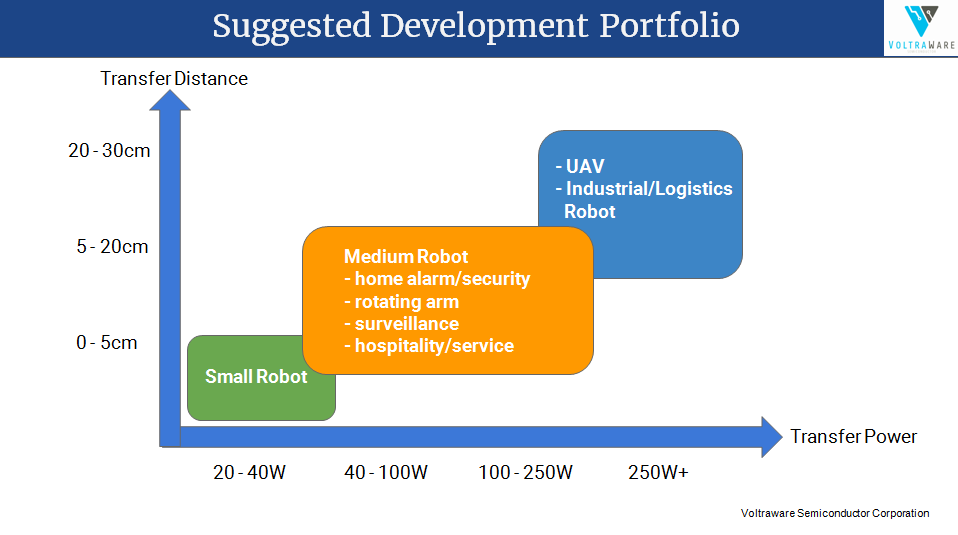 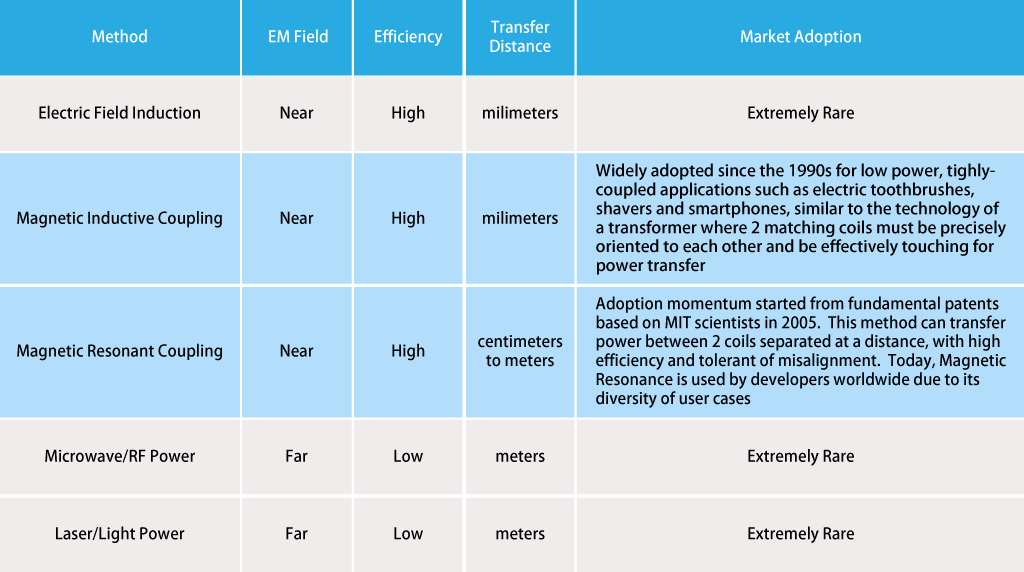 In general, today’s wireless power transfer technologies can be divided into 2 major categories, far field and near field.  In far field or radiative technique, power is transferred by beams of electromagnetic radiation such as Microwave, Radio Frequency, Laser or Light.  These techniques can transfer power over longer distances with advanced beamforming and energy harvesting method but due to the fact that air is a poor medium for the conduction of power/energy, the environmental loss is large and therefore the transfer efficiency is low.   The near field or non-radiative technique uses either the electric field/capacitive coupling or magnetic field/inductive coupling to achieve wireless power transfer.  Its advantage is that high transfer efficiency can be achieved but its weakness is the transfer distance is limited.

The Magnetic Resonant Coupling technique received great attention in 2005 as the result of the release of research papers and patents from MIT (Massachusetts Institute of Technology) that took the Magnetic Field Coupling technique to a new height – the ability to deliver wireless power at a distance with high efficiency by the method of Magnetic Resonant Coupling.  WiTricity Corporation was launched in 2007 to carry this technology forward from the MIT laboratories to commercial production.  In 2018, wireless charging for electric vehicles was introduced in the market and WiTricity is leading the charge in technology development and standardization.  Today, Magnetic Resonance is the only technology that meets automaker requirements for wireless charging and car makers around the world are working with WiTricity technology and licensed Tier 1 suppliers to bring this exciting technology to market.  (see EV test partners and BMW 5 & 7 Series wireless charging below)

In a world where cars are electrified, shared, and autonomous, how could an autonomous car plug itself in?

Robotaxis will need the opportunity to charge or “power snack” through the day, without leaving their service area.

The wireless power revolution is shaping the future of transportation. 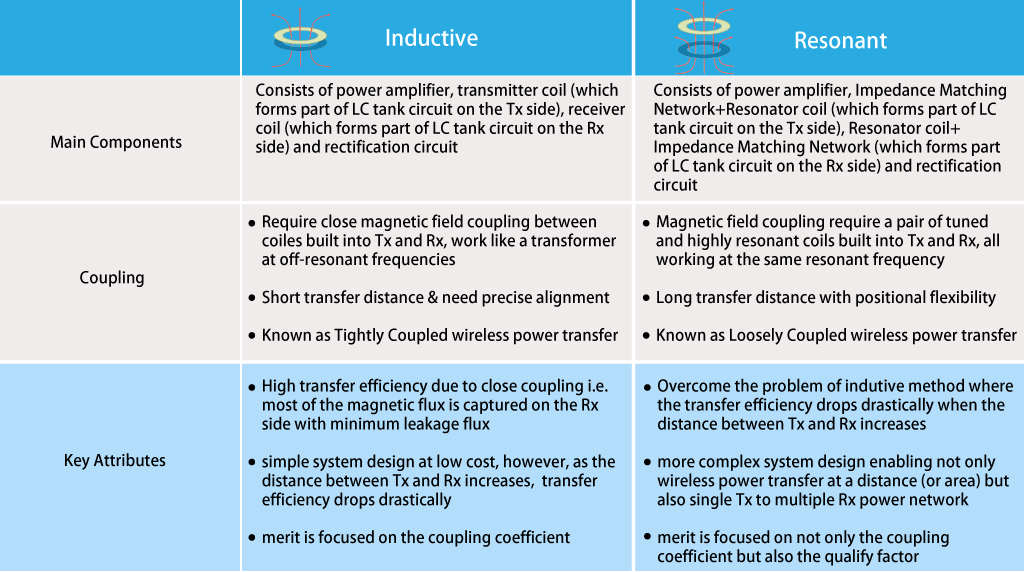 The inductive type wireless power transfer system consists of an amplifier, transmitter coil, receiver coil and rectifying circuit. The transmitter side and the receiver side are electrically isolated by an “air gap”. The system works like an transformer working at off-resonant frequencies where the transmitter antenna (coil) is driven by an AC current generating an alternating magnetic field and this alternating magnetic field will induce an AC current in the nearby receiver antenna (coil) which will then be rectified to supply power to a load.  The advantage of Inductive wireless power transfer is it’s low cost, because the system is simple, but as the distance between the transmitter and receiver increases, the power transfer efficiency drops drastically due to reduced magetic coupling.

The resonant type wireless power transfer is the method which has emerged to overcome the drop in efficiency due to the increase in distance between the transmitter and receiver. It is actually a special case in magnetic induction method where the system works at the same resonant frequency between the transmitter resonator and the receiver resonator as a pair. It is a more complex system design, however, it not only enables wireless power transfer at a distance or area, but also multiple device charging or powering with a single transmitter.

The resonant type wireless power transfer focuses not only on the coupling coefficient K but also on the quality factor Q. The figure of merit of resonant wireless power transfer efficiency is a product of K and Q. Therefore, when the distance between the transmitter and the receiver increases causing a small coupling coefficient value, by designing the coils with high quality factor can still overcome the distance issue and achieve high transfer efficiency. 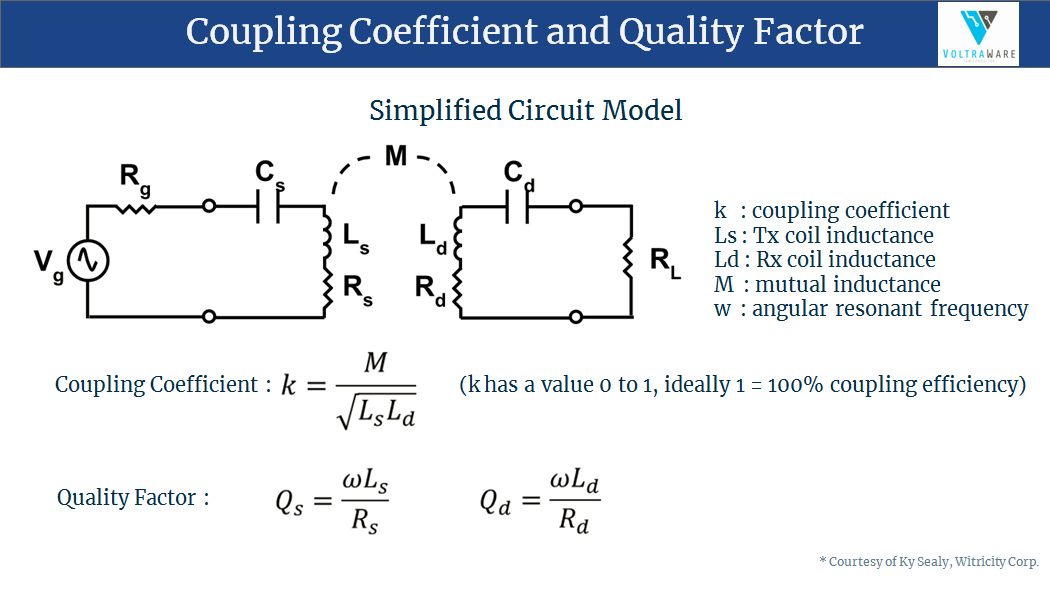 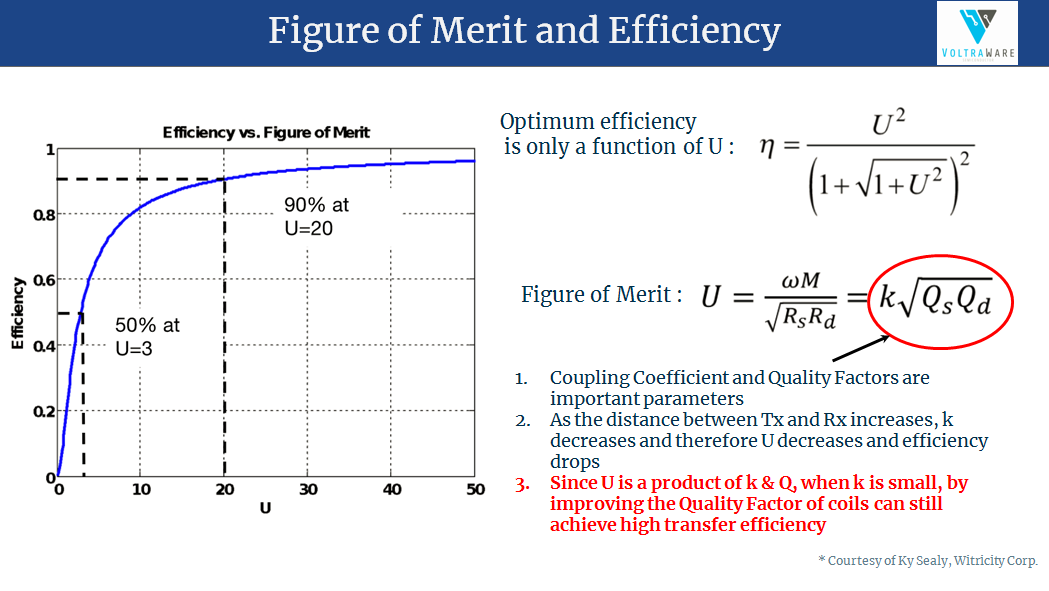 Ready to embed wireless charging into your robot? (see example mistyrobotics.com)  We can help!